JORDAN, first stop, first contact with Palestinian refugees and first lesson about Palestinians “legacy”.
Jarash refugee camp, a camp known for its Gazaoui refugees. Gazaoui not as in originally from Gaza but as in happens to be in Gaza, in 1967, when trucks came to take people out of the city to Jordan not to escape war but in reality, to empty the country from Palestinians and so that they will never return. So far nothing new from what you probably already know about Palestine occupation and how the Zionists invaded Palestine to establish in its place the state of Israel.
The new facts I learned in Jarash camp about Gazaoui refugees and which you most likely have not heard before are the following:
In 1948, there was an agreement that the west bank falls under the Jordanian protection land and people, which meant that the refugees who ended up in the West Bank or Jordan have Jordanian Identity/residency card and have all rights to work, go to public schools, get a driver license, travel within and outside the country and all rights of as a legal resident of Jordan. On the other hand, Gaza did fall under the Egyptian protection but people only and no land, which meant that Gaza residents had no official government. This translated for Gaza residents (or Gazoui) at that time in that they hold only an “Egyptian travel document” which allowed them to leave Gaza but no other right, not even the return to Gaza once they leave.
During the 1967 Naksa, Israel attacked Egypt, Jordan, Syria and subsequently occupied West bank, Gaza and East Jerusalem.
Now, the Gazaoui that left Gaza under pressure and fear of being attacked and massacred went to their neighbors’ countries Jordan, Syria and Lebanon not knowing that they are leaving a land and a right to live behind.
Today over 40,000 Palestinian refugees living in Jarash camp in Jordan and over 90% of them have no right to even leave the 750-square meters given to them more than 50 years ago and living life under inhuman living conditions.
These refugees, as they only had a travel document given to them by the Egyptian authorities since before 1967, have no Jordanian documents and have no citizen rights even if though they have been living in Jordan for 50 years.  Their kids and grand-kids who are born in Jordan also have no Jordanian document and inherited same life conditions, destiny and a legacy of a life with no rights, identity,  nor land.
Until I stepped into Gaza refugee camp, I never knew that there are people that are born with no right for an identity card, until I stepped into Gaza camp I have never seen a kid desperate and pessimistic about life, until I stepped into Gaza camp I had an understanding of “legacy” being a hope, a dream, an open window through which comes fresh air but today I learned that “legacy” for Gazaoui refugees means burden, hardship and austerity. What crime can anyone perpetrate to deserve such a fate and inherit such a legacy?

“My fate to live in exile, with an Egyptian travel document

And  living  stranger from my homeland without even a nationality”

Photographs from the camp: 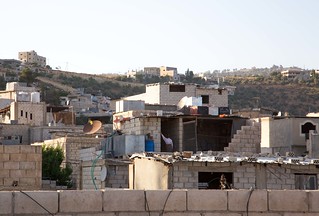 One response to “Legacy of Gazaoui refugees”

There was an error retrieving images from Instagram. An attempt will be remade in a few minutes.